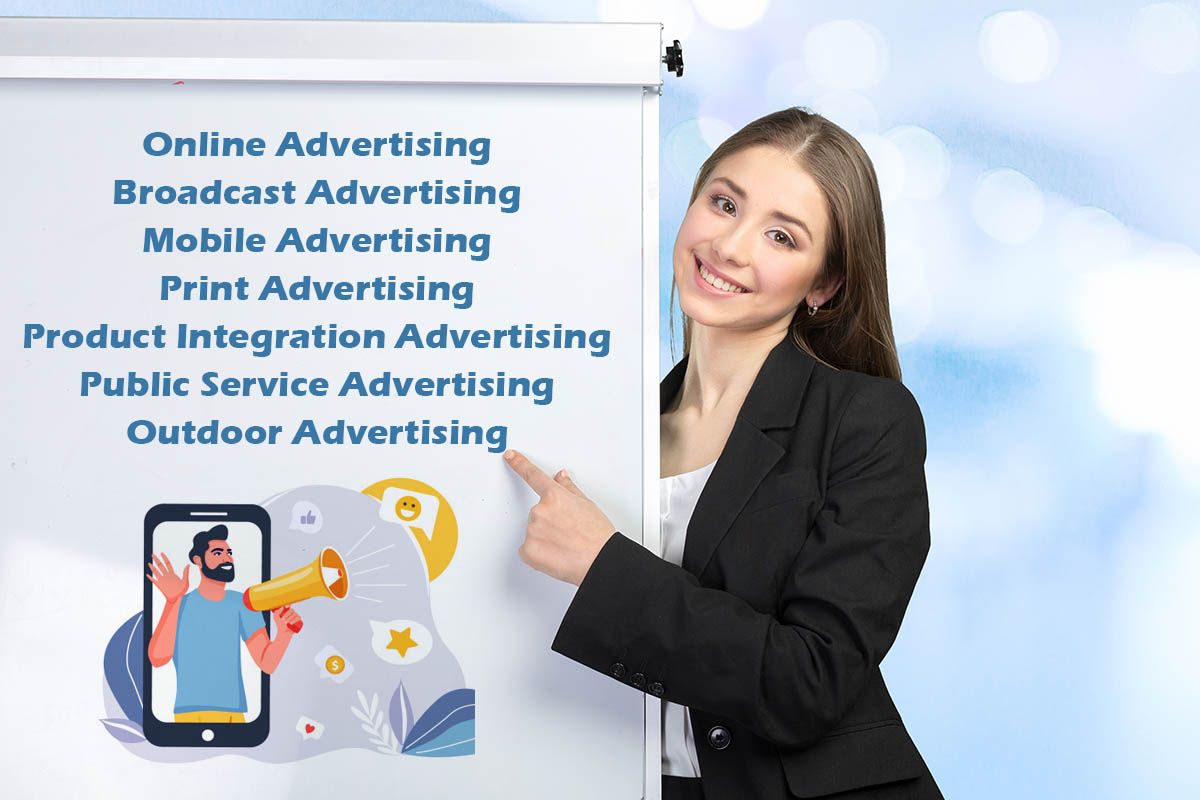 The beauty of advertising lies behind the options that each business owners have. Whatever field of business you may have, there are a lot of choices for you to pick and there’s always one that would best fit your need. Here are some of them.

No other form of advertising is more widespread and common nowadays than online marketing. The majority of the websites you visit have ads on them. Ads are the main source of revenue for most of them including internet giants like Google and Facebook. It is exactly what drives these companies afloat.

Online advertising can be anywhere. They can be displayed beside an image, above or below a video, in-between articles, or at the bottom of a webpage. Sometimes, they even pop-out on videos and separate windows. They take many forms but they are all aimed to target a vast selection of audiences.

Different websites have their way to fully implement ads on their platform. Google, for example, has AdWords which allows companies to bid on rankings. These rankings determine their placement on the search results page. A lot of Google ads make revenue through what’s called a pay per click system.

Meanwhile, other websites or platforms like Facebook have their ways when it comes to digital marketing. Facebook had billions of active users that are relatively ideal for any business owners as they can target a particular type of demographics. The number of business pages and groups that they have is proof that they are indeed a great place for advertisement, especially on social media marketing.

Broadcast Advertising is another form of marketing. This is perhaps the most traditional way to make an advertisement and one that is still relevant even to this day. Simply put, this is advertising through the means of a television or a radio broadcast.

While this form of advertising has been gradually ignored in favor of the ever-increasing “ad-skipping” technology, it remains as one of the most dominant ways to reach a large number of audiences.

Television for instance usually takes advantage of featuring big-paying ads during or in between their primetime shows. This way, they can ensure that a great number of people would be able to see the ads.

Mobile Advertising is somehow a sub-form of digital marketing. The only difference is that the advertisement is mainly focused on the mobile market. Devices involved here are smartphones, tablets, and all other portable devices that can connect to the internet.

Mobile games that can be played on these devices also fall under this type of advertising method. These games, especially the “free-to-play” ones inject their ads onto the game itself that in most cases, can only be removed when you pay for a premium. Some games or mobile apps don’t even require an internet connection to be played. In cases like this, the ads are embedded in the game even when you’re offline.

Print Advertising is also a major option for pretty much any kind of business. Although people have been exposed to online marketing or advertising for several years already since the introduction of the internet, ads that can be seen on printed materials all remain effective still.

This type of advertising is not only limited to magazines or newspapers. It can also be in a form of mails than can be sent directly to a consumer’s house. Other common examples of print advertising are brochures, flyers, pamphlets, and other marketing materials that can be printed.

Making an advertisement for printed materials has become a standard way to promote a service or a product for many years. Businesses that revolve around stores, hotels, or real estates are commonly sticking to this kind of advertising despite the increasing popularity of online or social media marketing.

Product placement or integration is a form of marketing where branded items are promoted within the setting of another media. These media could be a tv show, a movie, or even a video game. Instead of an actual commercial or explicit ad, the branded goods are placed and integrated as part of the flow.

Movies are guilty of this. Now you know why all of a sudden, in one scene there were lots of Cheetos on the cupboard or tons of Macbooks were shown multiple times in the entire film. They are placing these products as part of the reel as it was funded by them.

This kind of advertising is not like the other types of marketing methods on this list. Unlike your typical commercials, Public Service Advertisements or PSA are aimed towards a different kind of demographic. At least in terms of purpose.

PSAs are more geared towards people of a particular society, organization, or group. They usually bring public knowledge, announcements, and all other informative or educational information instead of promoting a product or service. Advertisements can appear in public places, tv or radio broadcasts, and even on social media sites.

Lastly, Outdoor Advertising is yet another form of marketing that can be found pretty much anywhere, except online and any other broadcast means. This is also known as out-of-home or OOH advertising, which is a term that coins the idea of marketing in public places. The best examples of this advertising method are posters, street art, giant screens, billboards, and even those electronic billboards.

Previous Post Google Ads or Facebook Ads: Which One is Right for Your Business
Next Post Tips for Marketers to Stay Productive While Working from Home